There is a new phrase now. It’s called the Deep State.  I beg you to look further into this name or term.   There is a powerful force that decides if you live or die.

The United Nations estimates that the population of the earth will hit 7 billion for the very first time.  Instead of celebrating a milestone of 7 billion people, the UNPF is focusing instead on raising awareness that human life may not be possibe, as a planet, due to the population.

According to experts this is a fraudulent statement. THIS IS NOT TRUE. THIS IS A LIE AND IT IS FRAUD. 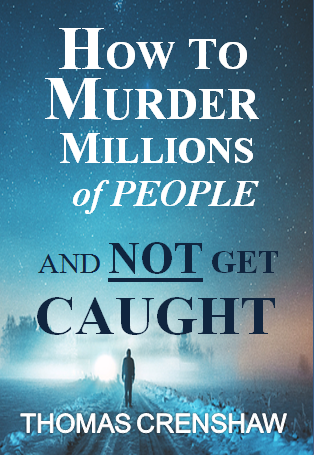 In other words, the United Nations is DECLARING that there are way too many people on the planet.  Many members of the global elite want to reduce the planet population to about 500 million.

To you and I it may seem like insanity to want to MURDER 90 percent of the global population, but there is a growing consensus among the global elite that this is absolutely necessary for the good of the planet.  Their satanic scheme to murder millions, possibly billions of people is nothing short of “evil”.

This eBook may be simply preaching to the choir, if you’re already “in” the know.  The Deep State is a name you will hear more often.  However, if you require a wake-up call, then this ebook is a must read.

I believe this is one of the most valuable eBooks I’ve researched and released to the public. It’s no secret that the daily American lifestyle is become more toxic as the days go by.  The Deep State is the “Invisible Empire” or what others call the “Illuminati”.